Continued from, Take Away Their Argument.

Things seemed to be off to a mundane start. The restaurant was set to open in an hour and there was much to do. Tables needed to be set. Glasses needed a polish. Everyone was busy scurrying about taking care of their assignments and teaming up to complete mutual tasks. Well... almost everyone.

Mike was a good waiter. He was a smart kid and well liked by his guests. Once the night started he was attentive to his tables and a decent team player. However, the routine tasks of setting up the dining room did not play to his strengths. 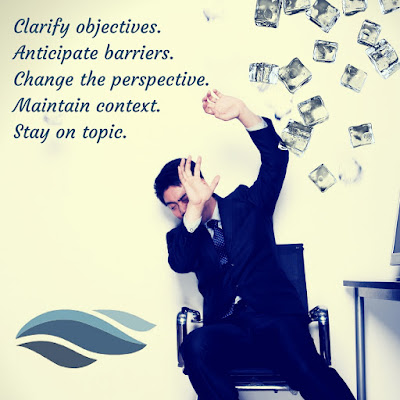 While setting up it was not uncommon for ole Mike to disappear to the room service kitchen to chat with the young ladies. Sometimes it was a jaunt out to the resorts main pool, which the restaurant overlooked, to dream about the ladies there.

Before taking his leave, Mike would ensure his section was set but then would quickly disappear avoiding the tasks that required the entire team. Well after a few weeks of this, Tommy, a fellow server, had seen enough.

One evening when Mike was making his way back from frolicking, and conveniently after setup was complete, Tommy took matters into his own hands. In a moment of exasperation, Tommy reached into the ice well and threw a handful of ice at Mike.

Fortunately, I witnessed the exchange and was able to stop a physical altercation. I immediately called them into the office to sort out frustrations and saw this as an opportunity to correct Mike's lazy habits.

Here was the playing field as I saw it:
- There was one person disrupting the team (Mike).
- One frustrated about a bad teammate, responding inappropriately (Tommy).
- Myself, with the authority to take disciplinary action.
- The restaurant manager, who was the final authority.

When I called the guys into the office to straighten things out, I had one main objective. That was to take my best shot at getting Mike on track during setup. Tommy, on the other hand, was actually an outstanding person and throwing the ice at Mike was out of character. I really wasn't worried about his behavior moving forward. In fact, I was glad he did it, as it gave me a reason to address Mike's issues.

I wanted to be effective and I knew that to do that I was going to have to "take away" the irrelevant arguments that I anticipated would come from Mike. Here's how it transpired:

The first step was to bring as much authority to bear, so I grabbed the General Manager and asked him to sit in the office for the conversation. I also asked him not to say anything unless he was addressed by Mike or Tommy directly. I had a strategy and didn't want him to feel he had to step in and disrupt the direction I was going take.

Mike and Tommy took a seat in front of the GM's desk, the GM sat on a stool to the side and I sat behind the GM's desk. It was a position of authority and that was important to keep everyone focused on what I was saying.

I opened with Tommy and him throwing the ice at Mike.

"Tommy, I know you were frustrated because Mike was not on the floor to help setup. I'm sure you can understand that I can't have team members throwing ice at each other when they get frustrated."

Tommy replied, "Yea, I know I shouldn't have done that and I'm sorry. It won't happen again."

Needless to say, I was a little surprise that Tommy took the discussion so well. It was exactly what I needed so I quickly thanked him and told him that was all and he was excused.

It was important to deal with Tommy first as I anticipated that Mike would use the "ice throwing incident" to distract from the main issue, which was his ongoing bad behavior.

Take Away Argument 3 - "I'm the hardest worker ever."

"Mike I need for you to be on the floor with of the team while we are setting up. You are back in room service or down by the pool while other people are here setting up the rest of the restaurant."

That was all that I said. Mike tried to change the subject but I was ready.

"Mike, I know you work very hard. When you are on the floor I agree that you give 100% and you're a fantastic server," I replied. "However, when you are not on the floor you are giving 0%."


*Brace yourself for irrelevant and abrupt subject change*

There was a momentary silence and then Mike blurted out, "... but I have people throwing ice at me when I'm on the floor!"

"Mike, we just had Tommy here and we talked to him about that. I treated Tommy with the same respect I am treating you and he said he made a mistake and it won't happen again. Do you feel anything else should be done in Tommy's case?," I asked.

A moment of silence and then, Mike replied, "No."

"Do you have other people throwing ice at you?"

"Do you feel like the ice incident is taken care of appropriately?"

"Ok, unless you have something else Mike, I think we are good. I appreciate you always giving 100% on the floor and when you come in let's just stay on the floor and get setup together and have a great night. Are you good with that?"

Note, that Mike did in fact begin to stay on the floor during setup and we never had a similiar incident. 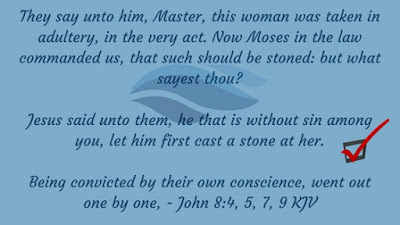 So then, what actually happened? Where was the argument "taken away?" Let's recap.

This argument never came up. It was preempted. By including the GM in the meeting the only appeal to my authority would have had to of been addressed during the meeting.

Correcting Tommy first was critical to taking away the inevitable argument of the whole thing being someone else's fault. It took away the argument that, "the only problem here was an idiot throwing ice at me." It also took the argument of being singled out. Mike witnessed Tommy effortlessly taking responsibility for his actions.

No one's going to sit by and be reprimanded when they are the best guy on the team. That wouldn't make any sense now would it? :-)

The 0% effectiveness comment shifted the perspective of what happened. Once the details were in context they were easy to understand and get us passed Mike's pride.

Adding the appropriate context to the argument simplified the situation. In some ways it gave Mike a way to save face. Since there's no debate about his work ethic on the floor, there's nothing left to argue about. Now he can change behavior and from his perspective, nobody thinks less of him.

This was a last ditch effort argument and although it wasn't the causal issue, it did have merit. However, Tommy was reprimanded... and right in front of Mike. This left Mike with no where to go.

The follow up question, "are there other people throwing ice at you?" was merely used to reinforce the idea that there's nothing left to discuss. It's your turn to take responsibility for your actions.

Concerning Mike's behavior, the fact that someone was throwing ice, is irrelevant.

Have you "taken the argument away" when discussing a disagreement before?

If so, take time to think about how that discussion unfolded. Take the opportunity to write out what happened as a practice exercise. The more you see it and practice it, it becomes a powerful tool for getting to the truth.

Here are a few skills that can help your preparation to take away arguments:

In part 1 we learned that when we go into the world and deliver the Gospel we have a part to play and the Holy Spirit is doing His job as well. Now in reference to going into the world it's easy to pull up thoughts of the disciples in the New Testament going out two by two and talking to strangers in various cities. I also think of Ray Comfort and Kirk Cameron from   Living Waters and The Way of the Master ministries, standing on their soap box on a  crowded street preaching the Gospel to everyone passing by. Well that's not really how most of us get our opportunity to share the Gospel. Our opportunities come with friends, family, co-workers and folks we interact with for services or merchandise. Let's make the most of our opportunities and develop our ability to create opportunities where they do not seem to exist.
Read more