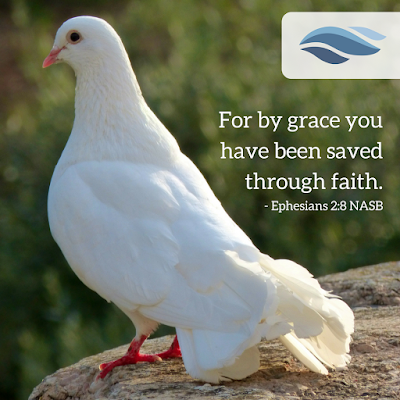 Once we are born again and become a new creation, it doesn't take too long to realize that, although we are right in God's eyes because of the work Jesus did on the cross, we were still susceptible to sinning. It can be confusing, if not difficult, to grow in the Lord if we do not under what is happening in our salvation.

The Three Phases of Salvation

Since salvation is realized in three phases we want to understand each phase and understand God's part and our part. The good news is, God does it all. However, there is a corresponding effect on the believer as He molds and shapes us.

Justification
The larger scope of salvation involves three distinct stages in a Christian's walk. We are saved, which is known as the justification phase of salvation. In this phase of justification Jesus died on the cross to pay for our sin. He died once for all. The corresponding effect is whosoever will respond, by believing in their heart and confessing with our mouth that Jesus is Lord, will be saved.

Justification is a fixed standing. The scriptures tell us that the maintenance of our "saved" status is performed by the Lord. The end result is, once you are saved, you cannot lose that position.

The new creation we have become is now on a life long journey, growing in the Lord, building fortitude to do great works, and becoming Christ-like in an intimate relationship with the Father. In all of this, the Lord is glorified.

Sanctification Can Be Mistaken as Justification
Sometimes Christians get the idea that when they sin or if they commit a big enough sin that they lose their salvation and require, being saved again. Well much like you are born into this world, we can't do that over. We're here, that's it.

Sin has a terrible effect on our being and it can seem like we've lost our salvation but that is untouchable. When we sin as a born again believer we are affecting our sanctification. So, what we see is our status as saved remains, but our intimacy with the Lord is hurt and we become ineffective in our walk.

Glorification
Finally, when we receive our new bodies, this is called glorification.

Past tense of salvation: Justification
Separation from the penalty of sin.
Everlasting life, received by faith, by faith alone, in Christ alone.
God’s work in your spirit!


Present tense of salvation: Sanctification
Separation from the power of sin.
A work in progress.
My works impact my sanctification, not my justification.
God’s work in your soul!

Future tense of salvation: Glorification
Separation from the presence of sin.
Eternity.
God’s work in your body!

We see these three phases of salvation throughout the New Testament but there is a pair of concise verses that represent them well:

Salvation and our walk with the Lord will be the topic of the next three posts, including this one. In the justification phase Jesus did the work and the Christian believes and confesses. In the glorification phase, the Lord pretty much does all the work by glorifying the believer with the new body.

However, in the sanctification phase, although the Lord does the sanctifying, the believer has a responsibility to respond to that work and that work is performed for the rest of their lives.

More to come on sanctification.

Why is understanding that salvation has threes phases so important?


I bet you already have an answer for this but let's look at this illustration:

When you go to the mall you generally have an idea of a couple stores you would like to stop by. If you have never been to this mall the first thing you'll want to look for is the directory, which usually is right inside the entrance. So what's the first thing you look for on that directory?

So let's take a look at the directory of our salvation and find out where we are on the map. Then we can drill down into the finer details and be sure our our path and our destination are crystal clear.

Here are few resources to help develop your thinking and putting on the mind of Christ:

Concept: “Our salvation is realized in three phases.”

In part 1 we learned that when we go into the world and deliver the Gospel we have a part to play and the Holy Spirit is doing His job as well. Now in reference to going into the world it's easy to pull up thoughts of the disciples in the New Testament going out two by two and talking to strangers in various cities. I also think of Ray Comfort and Kirk Cameron from   Living Waters and The Way of the Master ministries, standing on their soap box on a  crowded street preaching the Gospel to everyone passing by. Well that's not really how most of us get our opportunity to share the Gospel. Our opportunities come with friends, family, co-workers and folks we interact with for services or merchandise. Let's make the most of our opportunities and develop our ability to create opportunities where they do not seem to exist.
Read more